Last trading day of the week ends on a risk-on mode as commodity based currencies (CAD, NZD, AUD) were higher while USD was the weakest performer.

Canadian July CPI posted the largest m/m reading since 2011 which promptly saw the Loonie surge across the board. The “core” numbers though met market estimates which would seem to suggest that volatility in energy prices might have contributed to the surprise. That said, market odds for a rate hike jumped from the low 20% to the low 30% area. Clearly the market would like a few more data points to see if this was an outlier or a nascent sign of an uptick in inflation. If it is the latter then upcoming BOC’s monetary policy decision(s) would become more of an event as they juggle the need to manage inflationary forces with concerns about NAFTA negotiations.

US equity markets ended the day higher apparently choosing to focus on the resumption of US-China trade talks and ignoring, for the time being, the simmering issues in Turkey that are evoking memories of past emerging market crises. A quick use of the “google machine” would reveal that these local flash points have invariably had an effect on a global scale and it has not been pleasant. (maybe this time it’s different !?) 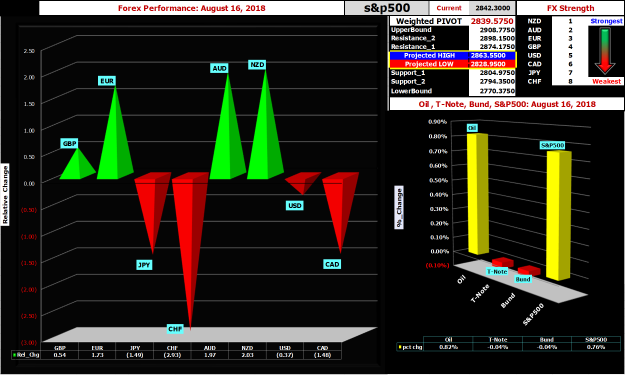 The S&P500 staged an impressive rebound, erasing most of yesterday’s decline, on the heels of better than expected Walmart earnings and, perhaps more importantly, optimism that renewal of US – China trade talks might yield a mutually beneficial outcome. Antipodean currencies were the prime beneficiaries while CHF was the laggard as risk appetite came to the fore. Oil prices stabilized but worries about global economic slowdown persist. All in all it seems like the “calm before the storm” given that the issues confronting the global economy are varied and complicated and would require skillful navigation by all involved to bring about a successful resolution. 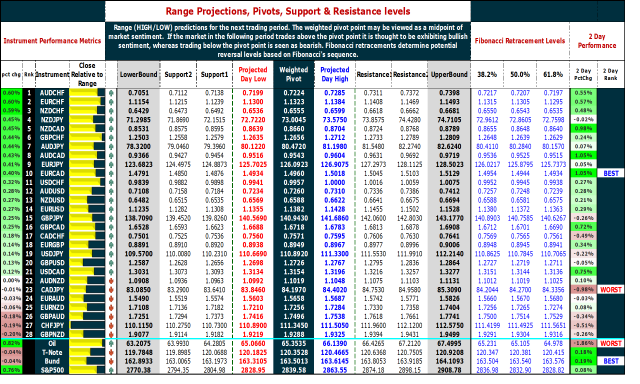